Grind something new every month - and try your first bag FREE!
Join the club to explore a whole new world of flavor!

How to Adjust Coffee Grind to Taste 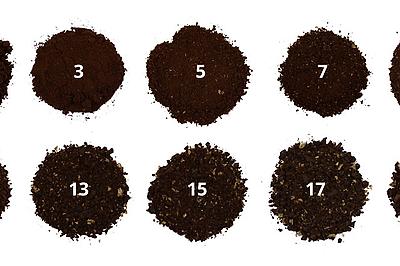 There isn't a standard way of talking about grind size because every grinder does it a little differently. Six clicks on a Hario Mini Mill would be hard to replicate exactly on a Baratza Encore without a bit of adjustment because their parts move in different increments. So we talk about grind size either in analogy (the size of sugar granules) or in relative terms: On a scale of coarse to fine where does it fall and what is on either side? For the Chemex, the grind in a bit coarser than an Aeropress and finer than a French Press. But what if you only have a Chemex? What if you don't have any fine sand or kosher salt handy? Now you understand the struggle. 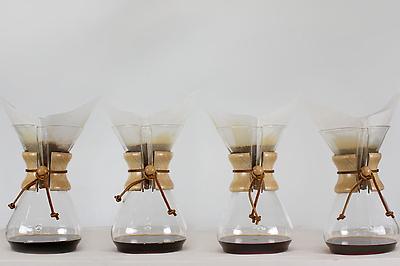 These four Chemexes have been brewed using the same amount of grounds, water and temperature. The only thing different between them is the grind. They all look about the same color, but their taste is very different. If you look at the used filter you can see the evidence in the grounds. A too-fine grind will leave a thick sludge in your filter. Water has moved through the fine grounds at a slow drip and the resulting coffee is over-extracted and bitter. Even when watered down, the bitter flavor remains so watch out for the sludge. 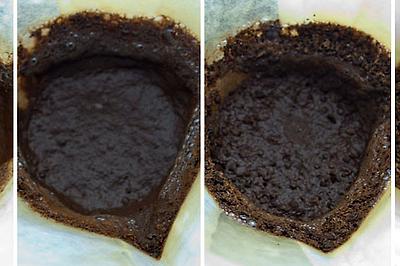 The final brew (On the right) was at 11 clicks on a Hario Mini Mill and the resulting coffee was quite nice because the grounds haven't been over-extracted.

Though you won’t get one from Moustache Coffee Club, dark roasts are generally more bitter so a slightly coarser grind might be needed. A jet-black French roast would curl your moustache while a lightly roasted El Salvador would have you asking for more with the same grind. This is why brewing guides usually have a range of grinds for each brewing method.

There ain't nothin' wrong with a little change of grind. Check out our deals on Baratza Grinders and take your coffee to the next level!

It doesn't matter how well you grind if your coffee isn't good. Have freshly-roasted coffee delivered to your doorstep, ready to brew and enjoy. Start your free trial of Moustache Coffee today! 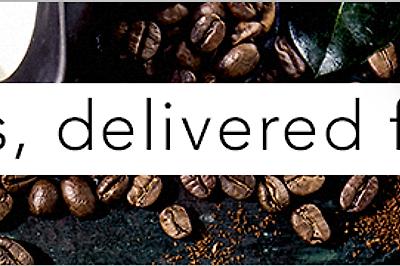