Fresh coffee is better coffee
Start a free trial to taste the difference! 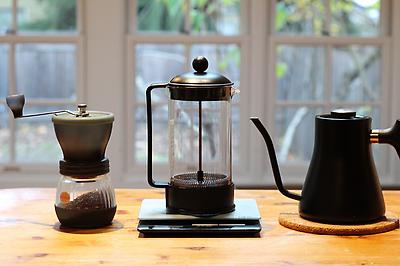 Despite the name, the French press was originally patented in Italy in 1929, and quickly became a go-to method for immersion-brewing coffee worldwide. Known as a coffee press, a coffee plunger, or a cafetière depending on where you live, coffee drinkers around the globe appreciate the French press for its simple design and quick, straightforward brewing process that allows you to make multiple cups at once.

French press coffee is known for its heavy body and robust taste; a result of the coffee grounds being immersed in hot water for the duration of the brew instead of passing through the grounds into a pot like in a traditional drip system. If left immersed too long, the brew can begin to taste bitter and over-extracted, but thankfully with a little practice, it's easy to make the best french press coffee you've ever tasted.

How to use a French press

One of the best things about a French press is how easy it is to use. All you need is the coffee press, a grinder, great coffee beans, hot water, and about 4 minutes! 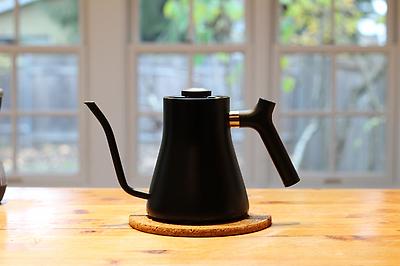 1. Heat Water - Heat up your water to right around 200 degrees. (If you don't have a thermometer, bring water to a boil and let it cool for around 30 seconds.) 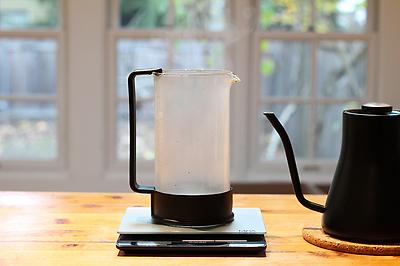 2. Prime the French press - Pour a bit of the hot water into the carafe and swirl it around for about 30 seconds. This heats the carafe up, which will help things brew at the right temperature. Discard the hot water once your press is warmed. 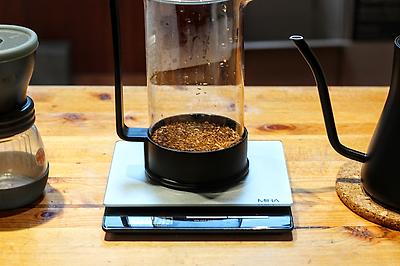 3. Add Coffee - The best grind size for French press should be a little coarser than traditional drip coffee, around the size of kosher salt. If your grind is too fine, it will get through the filter in the press and your coffee may be gritty, so dialing in the grind size is key! 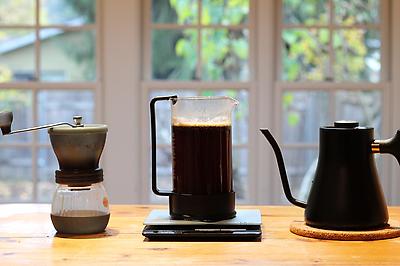 4. Immerse - Pour in your hot water, taking care to soak as much of the ground coffee as possible. At this point, you can put the lid on your French press, and press down until the coffee is fully submerged about a half-inch under the water. 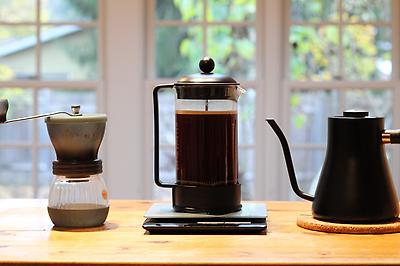 5. Filter - After about 4 minutes, it's time to put the "press" in French press! On a stable surface, press the plunger down to get all those loose coffee grounds to the bottom, leaving a delicious pot of coffee up top. 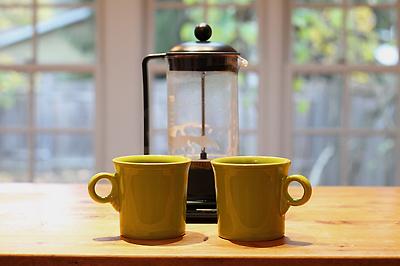 6. Enjoy - grab a mug and drink some delicious coffee! Even if you aren't going to drink it all at once, it's best to pour all the liquid out of the French press once it's prepared. Any coffee left in the press will continue to immerse the grounds at the bottom, which leads to over-extraction and a bitter tasting brew.

We recommend starting at a coffee to water ratio of 1:16, and adjusting subsequent brews to taste. Setting your French press on a kitchen scale when you brew should help you nail that ratio perfectly, but Since French presses come in a few common sizes, below is a handy breakdown of common weights and volumes. (It's worth noting that many French presses sell themselves as "4 cup" or "6 cup" presses, but this usually refers to a 4 oz per coffee cup "serving size" rather than the standard 8 oz measurement. To keep things straight, we recommend measuring by weight in grams, or finding the fluid ounce capacity of your press.)

Knowing the process and dialing in your ratio will only get you so far. For great tasting coffee, you need to start with great tasting beans! Our premium specialty coffee subscription delivers the best single-origin coffees from around the world straight to your mailbox at the peak of freshness. Plans start at just $13, so sign up and get ready to make the best cup of French press you've ever had in the comfort of your own kitchen!