Honduras is an origin that is sometimes left out of the specialty coffee conversation - but that's changing as more and more specialty buyers recognize the quality and variety coming out of the country's coffee-growing regions. Honduras, like neighboring El Salvador and Guatemala has a great combination of soil, altitude, and climate that will certainly lead to increased specialty coffee cultivation as the market grows.

Coffee is primarily grown in the Western half of Honduras, at altitudes generally at or above 1000m. The Instituto Hondureño del Cafe (IHCAFE) recognizes six distinct regions of Honduran coffee and operates cupping labs in each, though not all are widely known for producing specialty coffee.

Copan: Copan is definitely the most well-known of Honduras' coffee-growing regions - named for the Mayan ruins of Copan near the western boarder. This region includes the Santa Barbara department - known for chocolatey, balanced brews.

Montecillos: Another producer of specialty coffee, the Montecillos region includes the department of Intibuca just east of Copan. This region is known in Honduras for producing the most fruit-forward and acidic profiles coming out of the country. 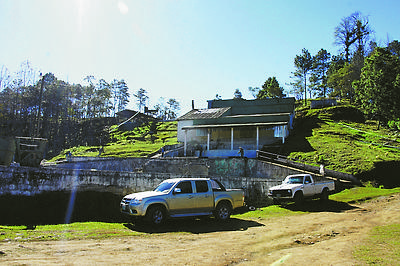 Coffee is a major export in Honduras, one of the top agricultural products alongside bananas. There are more than 100,000 families involved in coffee growing in Honduras, most of which operate on small plots of land a few hectares or less.

Honduras' coffee harvesting season generally runs from December to March, so Honduran coffees can reach the states anytime from May/June through the end of summer. 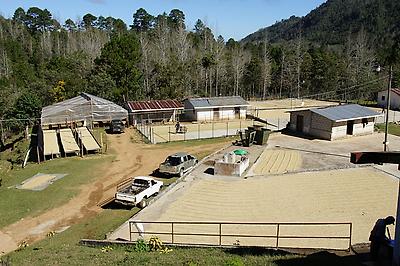 The majority of Honduran coffee is processed as washed coffee. This is the traditional method of production where the fruit and mucilage of the coffee cherry are washed away from the bean before it's dried. Many producers use eco-pulpers for this task to conserve and recycle water.

The details of processing differ origin to origin, and in Honduras a "washed" coffee sometimes still has some mucilage left on the bean after processing - which would be called a "white honey" in other places. Raised beds - either covered or open air - are the most common way to dry specialty beans in Honduras, and many towns and producers have their own drying set-ups for their lots. 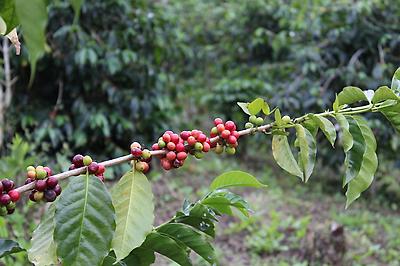 Many varietals are grown in Honduras, but the most popular for specialty producers are Catuai and some Bourbon cultivars. There is also a regional variety of Catimor called Lempira that is popular with producers, and has been cupping up nicely according to our friends at Nordic Approach - so we're keeping an eye on those beans closely.